From Dishwasher to Head Chef

“ When you have passion for what you do, no matter how hard it is, you will get through it easily and never feel tired.” – Chef Kai, a lady who believes in living and working with passion, is the key for the big success of 1881 by Water Library – a gastrobar and restaurant at the largest shopping mall (The Groove, CentralWorld) in Bangkok.

It all began at a young age of 15, when she started to work as a dishwasher at a restaurant chain in Bangkok. Let us take you back in time to those days. Her duty was a hard job being responsible for a mountain of dishes, pots and pans as well as the cleanliness of the kitchen day in day out. However, despite being worn out by the hard work and the long hours, she always spent some extra time in the kitchen to help the cooks preparing food. After doing so for a while, she realized that she always had a strong passion for cooking and it a dream started to grow in her heart to one day become a real chef. The luck was on her side, it happened on one busy day when there were not enough staff in the kitchen, the head chef came up to her and asked her if she could help out. She did. At that moment she knew it was a precious opportunity to show her talent and finally get noticed. After seeing what she was capable of doing and how much she was willing to work and learn, the head chef finally promoted her to the position of cook   She enjoyed working at this restaurant for many years. Then it was a time for her to learn something new and expand her horizon. She decided to work at a newly opened place, a French restaurant in Ekkamai, despite them asking her to start as dishwasher again first to show her skills and dedication. Few months later she had the chance to do bakery, which was a big challenge for her because she had no experience about pastry or dessert. The only things she knew about bakery is what she read in books or saw on tv. After some time though, she overcame this challenge because she did not loose faith or passion in cooking and working hard until the outcome was perfect. 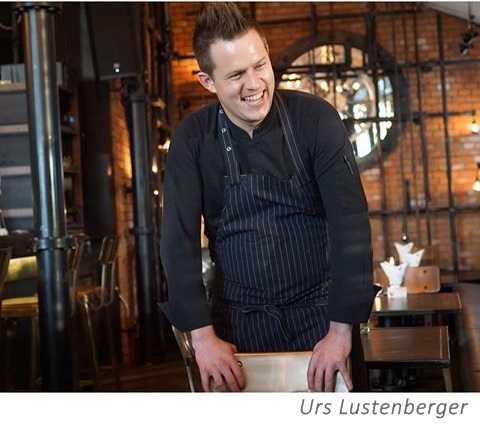 One day, after having worked her way up in the French restaurant in Ekkamai, she heard that Water Library is looking for staff for a new opening, so she decided to apply. The head chef of this new opening was the young Swiss Urs Lustenberger. Having worked in many top restaurants in various countries, she felt like he would be the right person to learn from and go further in her career. She started to work in his kitchen and what he did truly expanded her culinary horizon. Starting to work with high quality ingredients and the most modern kitchen equipment she had ever seen, it really rocked her world. After chef Urs moved to another restaurant within a group, it was time for her to take another, even bigger step in her culinary career path and accept the given opportunity to become head chef herself. Although she was afraid that she wouldn’t be able to handle this big step, she turned her passion to a motivation. She kept learning and was never discouraged by the challenges she faced during the chapters of her professional life.   Today, this “little” lady has proven that despite her humble origins, she can professionally lead a kitchen team and make guests happy, every day. She can confidently say that being passionate, patient and do what you love, is the key that drives to a successful career.

1881 by WaterLibrarybarchefcocktailFoodpassion
Going Out Tips 101: Best Lipstick for Your Night Out

Going Out Tips 101: Best Lipstick for Your Night Out

Next post
Amazing new coffee selection at 1881 by Water Library